Ollie was born on the 18 Jan 1892 in Harlem, Georgia. He studied Law at the Georgia State University and spent his time between studies singing at the Atlanta Conservatory of Music. In 1913 Ollie expressed an interest in the new-found motion picture industry where he began work with the Florida based ‘Lubin Company’. It was in his early days with the Lubin company that he picked up the nickname ‘Babe’that was to stay with him for the rest of his life. 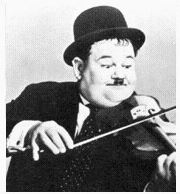 One of the many ‘two reelers’ that Babe appeared in was ‘Lucky Dog’ where he had a brief encounter with Stan Laurel. It would be almost a decade before the boys would feature togethor again. In 1926 Ollie, became member of Hal Roach Company (Oliver Hardy starred in 252 films without Stan). After featuring togethor in the movie ‘Duck Soup’ the boys transformed into the best comdey duo of cinema history. 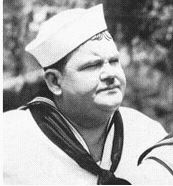 Their first feature-length starring roles were in Pardon us (1931). After over two decades of success paired with Stan, Ollie appeared without Stan in The Fighting Kentuckian (1949) and Riding High (1950). Oliver Hardy died august 7th, 1957 following a major stroke which left him seriously debilitated in the months before his death. Oliver’s ashes were interred in the Masonic section of the Garden of Valhalla Memorial Park in North Hollywood.

Any cookies that may not be particularly necessary for the website to function and is used specifically to collect user personal data via analytics, ads, other embedded contents are termed as non-necessary cookies. It is mandatory to procure user consent prior to running these cookies on your website.